Is It Worth Suing for Defamation After Suffering Damages?

Is it worth suing for defamation? Get the guidance you need here from a trusted defamation attorney.

When Is It Worth Suing for Defamation?

Defamation claims are founded on the facts and circumstances surrounding a false statement of fact that was published. Suppose there is a legitimate instance of defamation, and you or your business was harmed as a consequence. In that case, you might well be able to recover your losses through a successful civil action.

However, not all derogatory remarks result in liability, and a defamation claim can be difficult to establish. Before filing a case, assess the expenses and advantages to determine if it is worthwhile to sue for defamation.

What Is the Average Settlement for Defamation?

The typical defamation settlement will be determined by the facts and objectives of your defamation litigation. Victims of defamation may have diverse aims in mind; for example, some may merely want the defamatory information deleted, while others may seek monetary compensation for their losses. 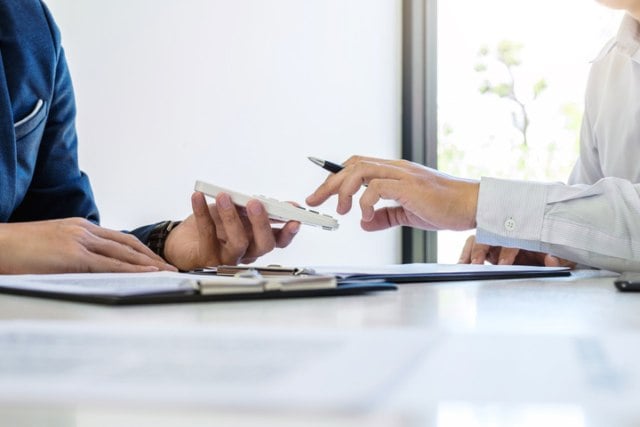 Because each case is different, the “average defamation settlement” will not provide an accurate estimate of what your claim will be worth. However, there are several factors that will influence the best settlement for you.

The nature of the defamatory statements will play a significant role in whether you can recover damages for financial injury. Elements such as reckless disregard and false statements may be relevant. Other elements that may influence your financial compensation include the following:

There are three sorts of damages for defamation cases: compensatory damages, nominal damages, and punitive damages. A defamation lawyer will be able to help you determine which of these damages apply to your case.

How to Deal With Defamation of Character

If you believe you have suffered damages due to defamation of character, the first action you should take is establishing an attorney-client relationship with a lawyer. Working with a lawyer who focuses on defamation law will offer clarity on the type of defamation you are facing and pave the way forward so you can obtain the compensation and closure you deserve.

There are several types of defamation. Below are a few of the most common.

Libel: Libel is defined as defamatory comments and/or images published in print or writing; or transmitted in the media, such as on radio, television, or cinema. To be considered defamatory, the publication does not have to be made to more than one person. However, it must be presented as a fact rather than an opinion.

Slander: Slander is defined as defamatory remarks spoken orally. Damages for defamation are often more difficult to identify and establish, while it can be simpler when malice is involved. These assertions must be presented as facts rather than just opinions to be deemed defamatory. Slander of title is a comment about property ownership that disparages the owner and their capacity to transfer the property, resulting in monetary loss.

Malice: If purposeful actual malice can be demonstrated/proven, the conduct typically qualifies as defamation for reputational harm. Even if this is not the case, if it is evident that the statement would cause injury and is false, one can still seek this tort provided they can establish actual/tangible harm, such as loss of business (called special damages).

Defamation Per Se refers to defamatory comments that are so cruel and cause such evident injury that malice is inferred and proof of purpose is not necessary for general damages (i.e., falsely accusing someone of committing immoral conduct.)

Regardless of whether you are a public figure or not, if you want to sue for defamation, you need to prove that defamation of character occurred. 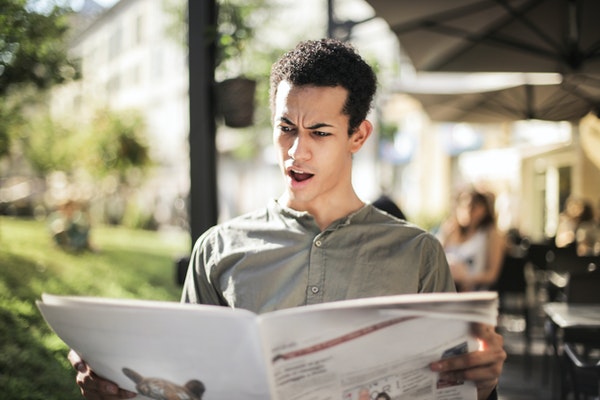 How to Prove Defamation of Character

1) A false statement purporting to be true;

2) Publishing or distribution of a defamatory statement to a third party;

3) Fault amounting to at least carelessness; and

4) Damages or injury caused to the person or entity who is the subject of the statement.

You will need to acquire documentation to back up your character defamation claim. This is the most straightforward aspect of your defamation case. However, you must provide documentation, such as a video clip or a copy of a blog post.

The second and third elements of defamation of character lawsuits are more challenging to establish. There is no way to prove that another person commented on causing you damage unless it causes you troubles. This means you’ll have to wait for the false remarks to cause issues before you can legally establish you’ve been damaged.

At Mullen Law Firm, our professional defamation attorneys can help you if you have a strong case. With the help of an experienced lawyer, New Jersey and New York residents can receive compensation if they have suffered general damages, punitive damages, or special damages.

If the defamation resulted in the loss of reputation, shame, property damage, or it has affected your occupation or business relationships, call us right away at 201-241-4831 for a free consultation on your case. 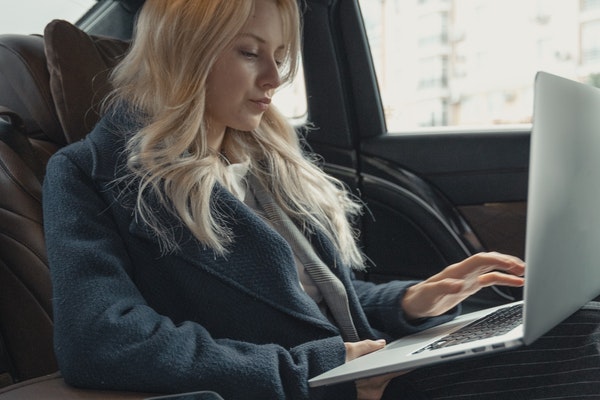 Injuries Caused by a Defamatory Statement and Evidence

Because you must demonstrate that an inaccurate statement published about you harmed you, you must face some form of financial loss, as well as expenditures paid while working to rebuild your reputation.

It is advantageous to have witnesses who can attest that the comment made about you had a negative impact. Furthermore, you may present proof such as the loss of your work or being passed over for a promotion. Financial harm would need the production of bills, bank statements, or tax returns. Physical or emotional injury is another sort of harm that can result from defamation.

What Constitutes Defamation of Character?

Defamation, often known as character defamation, is the act of causing harm to someone’s reputation or character by making false assertions about that person. Slander and libel are the two forms of defamation. Slander refers to unpublished verbal slander. Defamation in writing or in other permanent outlets, such as radio transmission or television, is referred to as libel.

Defamation in the workplace often refers to the harm done to a person’s reputation or career due to these false comments. However, since the emergence of the internet, the terms libel and slander have become equivalent in practice.

Depending on the sort of defamation, a coworker’s slanderous statements or libelous publications may have irreparable consequences for an individual’s career. Another example of workplace defamation would be if an employer sends false information to background check services, making it harder for the subject to get work in the future. As a result of someone’s defamatory words, they may be fired, demoted, or have their salary reduced.

If you or someone you care about has been the victim of character defamation, please call the Mullen Law Firm right away. Our defamation lawyers in NJ will start to work immediately to assist you. You may be entitled to substantial compensation depending on your case. 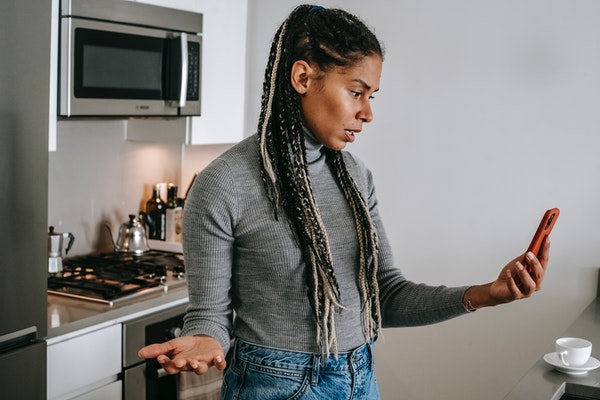 The general injury produced by defamation is characterized as being mocked, disgraced, disliked, scorned, belittled, or held in contempt by others and lowers them in the esteem of a reasonably prudent person due to the distribution of the false statement. A civil lawsuit for damages may come from this tort.

Many states have laws requiring the purportedly harmed person to first get a printed retraction of the defamatory remark before proceeding to court. If the plaintiff files a case without first obtaining a retraction, or if they obtain a retraction but still file a civil lawsuit, most jurisdictions will restrict the damages they can seek to the real or exceptional losses they received, such as loss of employment or pay.

The plaintiff’s case begins with the Complaint. After you’ve met with your attorney and they have conducted preliminary research indicating that you have a viable case, a Complaint will be filed in your state’s civil court system. This is the legal document that kicks off the litigation. A major concern at this point is your state’s defamation statute of limitations, which is a regulation that limits your ability to pursue your case to court after a specific time period has passed. 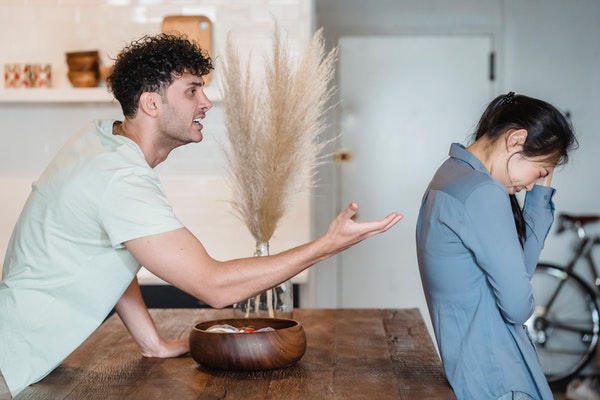 Keep in mind that just because a lawsuit has been filed does not indicate that it will be resolved in a matter of weeks or months. A defamation action may take more than a year to reach the trial stage, and settlement discussions may continue while the litigation is active.

The defendant is served with the litigation documents (Summons and Complaint) and has a limited time to make a response (the Answer).

Next, the court issues a scheduling order, which specifies all of the relevant deadlines in a case. The “discovery” phase begins at that point. Each side will send written interrogatory questions to the other (through attorneys). These inquiries are answered under oath and assist the opposing party in learning more about you, possible witnesses, and the circumstances of your case.

A deposition is a sworn interview where the counsel representing the other side questions you. This is an opportunity to assess you and evaluate what type of witness you’ll be at trial, how a jury could see you, and the strength of your allegations.

Your reputable and experienced internet lawyer will assist you in preparing for this. Other witnesses, such as physicians, acquaintances, or relatives with knowledge of your situation may be questioned as well.

Learn more about filing a slander lawsuit by contacting the Mullen Law Firm. Have your case reviewed by one of our top defamation attorneys and see what compensations you may be entitled to and if you have a strong enough case. Contact us at 201-241-4831 for a free consultation.